Two Punjabi cooks and their evolving journey in the kitchen. 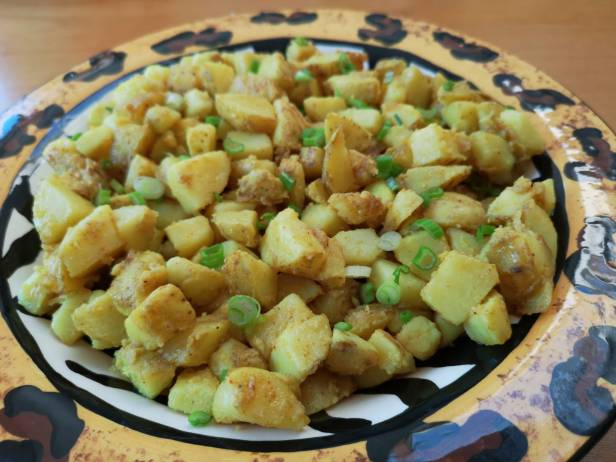 One of the drawbacks I have noticed about seasonal cooking, as I bemoaned earlier in the year to my dear farmer friend, Liz, who has been guiding me about what is in season, was that it was all rather the same. And to be honest, coming from my Punjabi/East African background, where we are used to a plethora of exotic vegetables, I was finding it bit of a constraint/challenge. However, as time has gone on, I am now really relishing and indeed enjoying the challenge of having to think outside the box and coming up with alternative recipes of equally delicious seasonal food that I hope you will enjoy.

Liz, together with her husband, Rob, run Glebe farm, and an award -winning farm shop that was featured as one of Britain’s top 50 farm shops in the South West in The Daily Telegraph in 2009. They were also featured last year in an exhibition organised by global farming initiative The Gaia Foundation at the Oxo Tower entitled “We Feed The World.” Little did I know that smallholder farmers provide food for 70 per cent of the world’s population. The exhibition featured more than 400 images by 40 award-winning photographers, and nearly 50 farming communities from six continents were included in the exhibition, with the show aiming to challenge the idea that larger-scale industry and “quick-fix” technologies are the route to feeding the world’s growing population. Liz and Rob were featured in this superb exhibition.

Two weeks ago, after my park run, I made my usual trip to Osterley Park Farm Shop. I was delighted to see these new potatoes –  “scrapers” (so called because the skin of the potato can quite literally be scraped with your fingers/nails). You will also find these new potatoes keep their shape once cut and cooked. As these new potatoes are so flavoursome, in my opinion to enjoy them at their optimum, they require little by way of spices and seasoning, hence only ground fenugreek is used. My mum makes these, often for a sumptuous meal with chick pea curry and crisp, fluffy puris.

Fenugreek is reported to reduce blood sugar levels. Please note that it is a pungent spice, so do stick to the quantity I have specified. If you wish to decrease the carb level in this recipe, throw in a handful of frozen peas/broad beans.

These potatoes are also delicious with plain parontahs , yogurt and pickles. 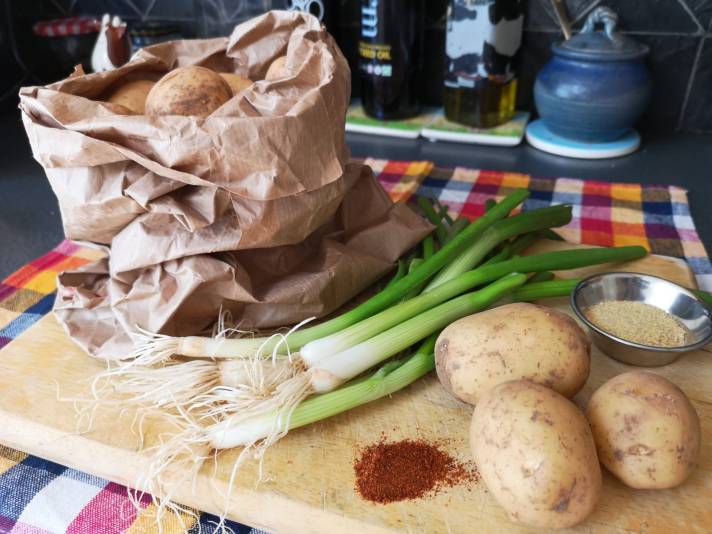 You will need a large frying pan with a lid

Place the oil in the pan, once heated, add the ground fenugreek, stir until it is a light brown. Add the rest of the ingredients, stir well, and lower the heat to medium-low. Place the lid on the pan. Stir after every 4 – 5 minutes, if any pieces are sticking to the bottom of the pan, just add a splash of water. It will take approximately 15 – 20 minutes to cook (depends on the size of your potato cubes – the smaller they are, the quicker they will cook). The final result will be a dish of potatoes that are a beautiful golden colour, and a delicate flavour.

NB – I had some left over spring onions, which I added at the last minute as a garnish, however, that’s purely optional.